Southbrook Church is part of a network of Christian-based churches serving the metro-Milwaukee area. Situated on 20+ acres of land in Franklin, Wisconsin, Southbrook is an active and growing community.

In 2013, the church elders began looking at expanding their current facility to accommodate its population, which had grown from 225 to 850 from in just three years. They focused first on the need for an upgraded children’s area and additional gathering spaces.

Lemberg was subcontracted to manage the electrical work and data cabling for the expansion.

Lemberg’s team set out to provide efficient and aesthetic lighting and electrical reliability. By increasing the electrical service in the facility from 400 amperes to 2000 amperes, they prepared the facility for phase two of the expansion. Lemberg’s data communications team designed a network that would support a state-of-the-art security system in the children’s area.

The teams were nimble. They met weekly with construction crews and architects to address challenges and prepare solutions. Designs and plans were adjusted to meet new specifications without delaying the project. 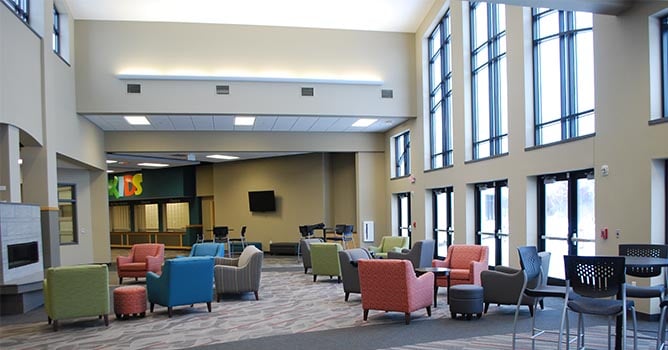 In January 2016, after only 8 months under construction, the first phase of the expansion was completed. The Southbrook facility is now double its original size with a wide comfortable gathering space, a coffee bar, fireplace and several intimate seating areas.

The gathering space, which will eventually service a new worship area, guides members down a large wing that services children and teens.  The children’s area is set off from the public areas by a state-of-the-art barcode security system, which matches parent and child by barcode at check-in and check-out.

Since the completion of the expansion, Southbrook membership has grown. They’ve received positive feedback on the children’s area and other new spaces, which blend seamlessly with the existing building.

The spaces are colorful, bright and energy efficient with aesthetic lighting that is motion sensored and controlled from one location. ♦ 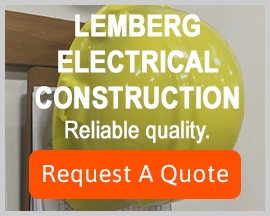