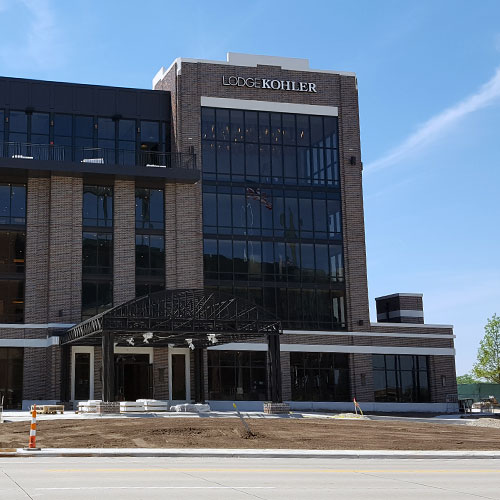 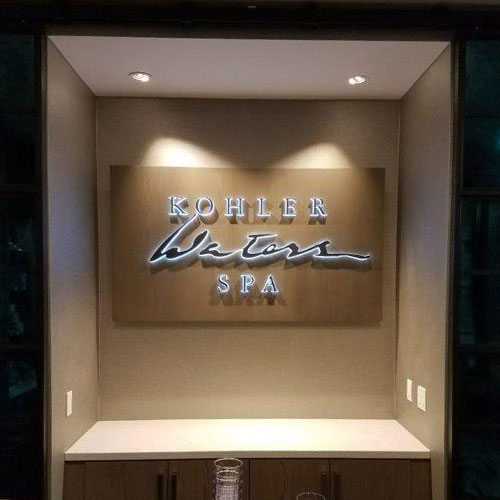 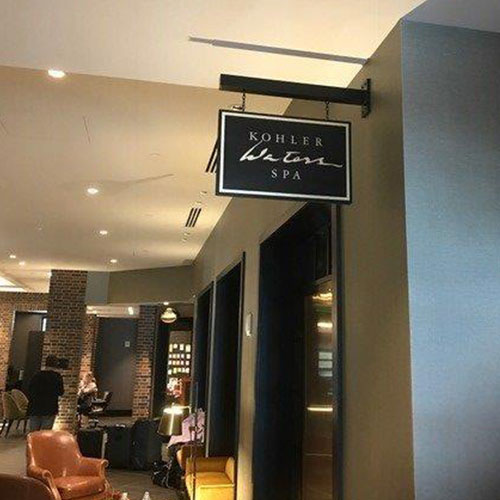 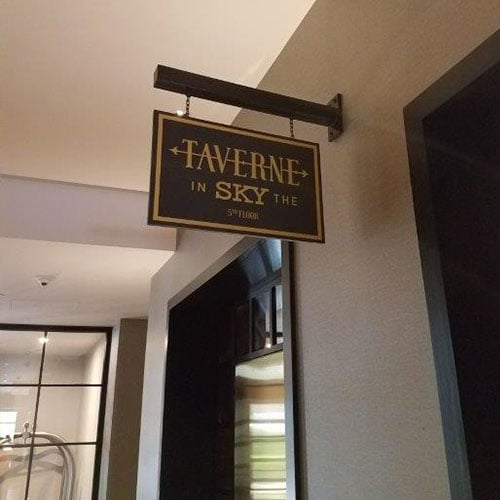 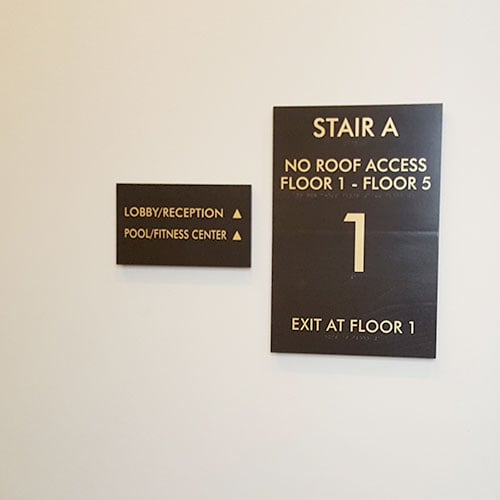 This project was the design and installation of brand signage to this new boutique hotel in Green Bay, Wisconsin.  Several areas of the building exterior and interior were addressed.

On the exterior of the hotel, bright and visible LED lighted brand lettering was mounted to the brick in several locations, including around a soft corner.

In the interior, several areas were set off by signage. The Taverne in the Sky received both blade signage and stylized lettering. In another area, the Kohler Waters Spa received blade signage as well as wall mounted signage that was back lit and custom designed to include a hidden custom maintenance panel that was easy to access.  Lemberg also provided wayfinding and ADA signage.