Find me on:
LinkedIn

It’s “Birthday Week” at our house. Birthday Week is an annual tradition that begins six days before my wife’s birthday, ending and culminating on the anniversary of her birth. It’s a tradition invented by her dad, my father-in-law.

My wife grew up with Birthday Week. When she was a kid, every day of that blessed seven-day stretch brought a small gift for her in anticipation of the big day.

During 25 years of marriage, I’ve learned to accept and even embrace the idea of Birthday Week. (Just this morning, on launch day of this year’s festivities, I gave my wife a bouquet of alstroemeria.) 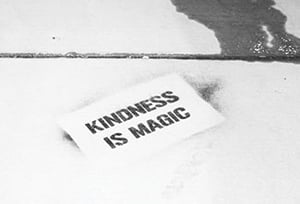 But I haven’t always been keen on the idea. At times, through the years, I’ve been downright resistant to Birthday Week – you might even say intolerant. After all, when I was growing up, there was no Birthday Week. There was your birthday. Nothing more. That was it. Seven days of presents? No way.

After years of contemplation, however – or, perhaps, slow and gradual conditioning by my wife – I finally came around.

You see, for years I was focused on what I thought of Birthday Week. It didn’t make sense to me. It wasn’t what I knew. It’s not how I thought birthdays should be done.

Nothing changed until I considered what Birthday Week meant to her, that it was important to her, regardless of what I thought or felt or believed.

And therein lies the leadership lesson.

Beware the Trap of Your “Self-Centric Thinking”

I’m not talking about the trap of being egotistical or arrogant. (Yes, do avoid those, too.) I’m talking about a very common human frailty that we all suffer from…one that hides quietly below the surface of our lives.

It’s something called the false-consensus effect. It’s a cognitive bias that we, as humans, are all limited by. It’s a form of automatic self-centric thinking where we assume that others share our beliefs, perspectives, values, motivations, etc.

Simply put: We tend to think that others think the way we do.

Novelist Anais Nin framed the bias this way: “We do not see things as they are. We see them as we are.”

If we’re not careful, this bias often severely limits our ability to lead and influence effectively. Very naturally (because we’re human), we project our ways of thinking onto those we lead. We expect them to be motivated in the same ways we are…to see situations the same way we do…to operate in all sorts of circumstances as we would. Yet, when their words or actions don’t conform to our own mental models of how things are (or should be), we get confused and frustrated.

Here’s an example from Owen, a leader I coach.

Owen was lamenting about one of his direct reports, Sarah, during a coaching session. Seems that whenever Owen asks Sarah to take on a task, she gets it done, but it takes her a few days.

Ah, clue #1 that we were glimpsing the false-consensus effect: Owen carried a preference for supreme urgency in response to requests from the boss. When one of his own direct reports wasn’t living according to that same mindset, Owen got frustrated. Sarah’s actions didn’t make sense to him because she wasn’t acting as he would in the same situation.

“Urgency,” I said. “If the boss asks you to do something, you act with urgency.”

“And Sarah? What does she do?”

Owen paused. “I’m not sure. She always gets it done, but not as quickly as I’d like. She doesn’t make it a priority.”

“I see. So what kind of expectation have you set with Sarah around her urgency?”

“What do you mean?” asked Owen.

Owen quickly shook his head. “No way. I wouldn’t want my boss to do that to me. I’m not going to be a micromanager!”

Ah, clue #2 that the false-consensus bias was in full effect: Owen thought that giving deadlines was the same as micromanaging, and he projected that belief onto Sarah – that she, too, would feel micromanaged if Owen gave a deadline or even asked her to choose one herself.

Owen’s false-consensus biases were limiting his ability to effectively lead Sarah, and they were creating frustration and unhappiness for him. (Maybe for Sarah, too.)

So, what’s a leader to do? How do we overcome this very human tendency to think everyone thinks the same way we do?

Practice the Platinum Rule, Not the Golden Rule

You know the Golden Rule. It says: “Treat others the way you want to be treated.” That’s well and good if the other is your clone. But since everyone is different – with different experiences, perspectives, belief systems, motivations, values – the Golden Rule is problematic. In fact, the Golden Rule IS the false-consensus bias in sheep’s clothing.

The Platinum Rule is a very subtle yet powerful and important shift from false consensus. The best way to overcome a limiting mindset – especially one as insidious and hidden from view as the false-consensus effect – is first to become aware of its existence (as we’re doing here) and then to replace it consciously with a different thought.

So, make the Platinum Rule your thought: Treat others the way they want to be treated.

Treat others the way they want to be treated. -- The Platinum Rule

Once you’re armed with the Platinum Rule – consciously thinking about your people and what’s important to them – you then turn conscious thought into conscious practice: “Platinum Practice.”

Below are two examples of how you might engage Platinum Practice. We’ll use as a backdrop the act of giving praise and recognition to your people. Praising and recognizing people is a smart leadership practice because praise for doing good work tends to raise employee engagement.

Still, we can’t assume that everyone will react to praise and recognition the same way. Or the way we do.

Now, notice one constant between these two different leadership situations: It doesn’t matter what YOU think or believe about praise and recognition. You may like it when people praise you or you may not. Doesn’t matter. In leadership, it’s not about you – it’s about knowing your people and what drives them. EACH of them.

From now on in your leadership, be aware of projecting your own preferences onto your people. Watch your assumptions that others think the way you do.

Then, armed with your awareness, find out what’s important to your people. Ask more questions. Take steps to learn from your people what makes them tick.

When you learn these things, you’re better equipped to treat others the way they want to be treated.

It’s a mantra and approach that’s good for the team, good for business, and good for your leadership.

Oh, and it’s good for marriages, too.

Please welcome Lemberg Guest Blogger, John Rutkiewicz. John has more than 30 years of experience as a leader and manager in fields ranging from sales and marketing to customer service, financial services and human resources. Since 1993, he has provided facilitation, training, coaching and leadership-development support to hundreds of leaders, from front-line supervisors to C-suite executives. John is a facilitator and certified coach for Living As A Leader in Brookfield, WI. Follow John on LinkedIn.